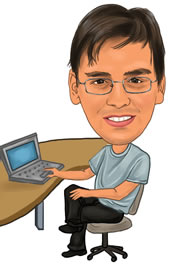 Blackbaud have launched their new Integration suite which starts with integration with the online giving platform JustGiving.

The integration sees Blackbaud venture into working in partnership with other providers and developing solutions to help charities with their back office processes.
END_OF_DOCUMENT_TOKEN_TO_BE_REPLACED

It’s been over a year in the planning and execution but JustGiving have this week launched their data Api’s. This allows all of your JustGiving reporting data to be surfaced through api calls.

JustGiving’s open platform allows any third party to develop new tools using its fundraising and reporting technology. There is a clear demand from charities wanting to connect JustGiving with their fundraising database. Earlier this year, 61% of charities surveyed by JustGiving reported an interest in achieving this.

via JustGiving announces apps that integrate with Salesforce and thankQ | UK Fundraising.

If you were at our presentation today or couldn’t make it and are interested – please click the link below to download a copy of the slides.

Justgiving has unveiled a new online platform for staff fundraising in a move the fundraising organisation predicts will boost company fundraising.

The company fundraising ‘tool’ sits within the Justgiving site, but is entirely branded by the company taking part. Employees can create profiles, teams and events from which they can raise money and the site ranks the most successful in each category. The site features a running total of staff fundraising, which companies will be able to match and will enable companies and their staff to support multiple charities.Civilsociety.co.uk first reported this service was in beta testing in April this year, with about 20 companies using the service in trial stage, but this morning Justgiving launched the service in full to other companies alongside a couple of the early adopters, Barclays and John Lewis. View the Waitrose company page here Justgiving said that financial companies were particularly interested in the service.

Anthony from actuallydata.com presented to a room full of appreciative charities on a new application available to assist not-for-profit organisations in inputting their online donations into their fundraising systems.
Read more >>