As a consultant, I talk about Journeys a lot! There’s a curve that I describe during a CRM journey that users go through, it’s proper name is an inverse bell curve. Users are really excited once they buy a system, then they have the challenges of talking through their existing data and their enthusiasm drops a bit. They then enter testing and it drops a bit more, but then they see the potential of the new system and begin to get excited again and finally go live day happens and they are nearly as excited to get started as they were when they purchased a system, well at least, that’s how I hope my projects go when I do them.

Now onto the Blackbaud journey, before I go any further, I should state that I have worked with Blackbaud Europe over my time as a consultant and I’ve used Raiser’s Edge since even before I started in the sector in 2005. I am definitely not in the inner circle of what’s happening at Blackbaud so this post is probably not going to tell you anything that you don’t already know if you are on the inside.

Blackbaud have done some things since “The data leak” that I’ve found very disheartening to customers. First there was the charges for using gifts, whilst this was a modest charge, I didn’t understand why if you stored financial information in a system you had to pay extra. Then they announced and will soon remove the Crystal Reports functionality. This is an external tool that Blackbaud provided that allowed you to create your own custom reports and surface that within your Blackbaud product. Finally, there is the removal of the Microsoft Office integration with Raiser’s Edge, I’m not sure if this affects their plethora of other products but this is a massive change for charities. The announcement for this change was just before Christmas, some of the busiest times in the sector across the world not just here in the UK.

Blackbaud are citing a security risk, which again, bearing in mind “The data leak” I can understand that they need to do something, but removing what I think is key functionality of a CRM – normally one of the top 5 requirements of any CRM is being able to write to a supporter, with no replacement other than using microsoft word outside of the system feels short sighted.

Bill Connors, one of the god fathers of Raiser’s Edge, wrote what I thought was a very measured post and more importantly really helpful: https://billconnors.com/msinhosting/ about the challenge that this provides to their clients, it’s definitely worth a read if you’re not sure what you need to do and with just a month left, I’d try and start planning and doing now!

As I look to the future, I’m one of those people who is still deeply frustrated with Blackbaud’s Raiser’s Edge product, there’s still key things missing from the web view like Volunteering and Membership, some of the stuff in web view is challenging to add or amend eg: Organisation Type (Org2) and as mentioned there are beginning to be some gaps in what users need or expect from a CRM system so it’s getting harder to promote the virtues of RE.

That said, they do have an API which may help in some of these limitations and their strategic business partnership with Microsoft is not going anywhere soon as far as I can tell. So we invested time looking at the API for creating a suite of reports using Power BI and the RE API.

The other thing that they will allow you to do is download a full SQL backup of your data once a month for free. Again this is useful and we’ve used The full backup for training and a deeper reporting suite

So finally, as I move forward with CRM systems, all I can suggest is like, Bill Connors has said, don’t throw the baby out with the bath water, the Microsoft thing might be the straw that breaks the camel’s back, It was definitely something that I was annoyed by for a while! Take a strategic long term view of what’s best for your organisation and more importantly what’s best for your supporters.

A new CRM system is not a cheap process to go through and not just in terms of costs. If you do decide that now is the right time, there are other posts on this blog that I’ve written that may help you along your journey.

Last week I presented at the annual #IOFTech Conference. My session was about API’s and how to consume them in Excel.

I believe that this is an area where it is possible to get your CRM Champions engaged in data. Whilst most data people will be used to their own ways of transforming data into the correct formats for their CRM system or working with csv files, I thought that I would run a session on how to consume APIs.

As you probably know I used to work with the team at JustGiving for a number of years specialising in integrating the JustGiving data for charities into the various CRM systems that are out there in the marketplace. This is what I used for the live demo.

So I thought I’d share the Online Giving Apis presentation  I gave and if you are interested in a demo then please do get in touch.

We know the summer holidays have only just started but it isn’t too early to start planning for getting “back to school” in September with some skills refresher training. 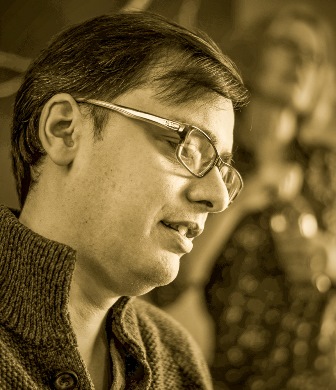 Anthony is running a half day training course in London in conjunction with the lovely people at Fundraising UK Ltd to help you polish up your existing skills and give you lots of hints and tips to make your workbooks and spreadsheets more efficient.

Microsoft Excel is a very useful tool for analysing your campaign data, results and key performance indicators. And there are some very useful hints and tips and easy formulas that could make your job a lot easier and give greater insight into your data.

If you feel like your Excel skills aren’t up to date or would welcome some refresher training to get you back up to speed this is the course for you.

This course is aimed at anyone who wants to learn or refresh their skills in Excel – You will not require any prior knowledge of Excel formulas and functions just being able to open Excel would be great.

The course will cover:

By the end of the course, you should be able to:

Visit Eventbrite for more information and to book.

In days gone by we used to think about profiling as being geodemographic. Splitting up of data based on things like household income, gender, age. But now as a society we have got concerns about what’s acceptable when cutting data up into these chunks.

In fundraising terms the most common segmentation is rfv/rfm regency, frequency, monetary or value depending on which marketing school you went to. We then use stakeholder groups as well to get a deeper level of understanding.

I’ve seen a lot of charities in my time move away from just mailing everyone on the database to a very simple rfm segmentation model which has reaped huge benefits. There was one charity where because of the size of the database, we had close to 100 segments, which for most charities would be overkill. It did give the fundraising manager a view that was really helpful when having a database of such size though and is the benchmark for the work that they do today.

But I think that the landscape of what’s possible is now changing. So this next bit does come with a bit of a health warning. Just because it’s possible doesn’t mean that you have to do it all or have a database big enough to get value out of these things.

Now lifestyle data is different. Historically it was what car do you drive, what postcode are you in, how many children do you have. With the rise of social media we now have what I think could be more meaningful data and large organisations are harnessing this data with their integrated approach. Organisations let you login with your Facebook login details  and can then cut the data in different ways. How many friends do you have, what causes do you and your friends care about, what are your personal interests?

Twitter makes it even more interesting where we have the rise in sentiment so now with the intelligence in systems we can now interpret your feelings about a product, person,organisation or situation, leaving sarcasm aside for a minute.

All of this might feel a bit big brotherish and I know that at Actually Data towers we have spoken about what security concerns things like this can cause a supporter. If I communicated with you in a supporter email with your latest tweets or Facebook status wouldn’t this freak you out? Maybe or maybe not!

The point I’m trying to make is this. How we can dissect data could change and if what you’ve read above is interesting this is where the conversations around big data start. I’m not trying to make this post scary but buzz words like big data are banded around and scare some with little knowledge but at the heart of it, it’s just a different way to get at and aid the segmentation process.

One of the things that I believe is changing in the sector is how we do our segmentation whether this be overlaying extra data from things like social media, or whether it be trying to capture more information about a supporters motivation to support the cause.

The age old thing that every fundraiser/marketeer will tell you is test, test and then test again. It’s only from this that we will learn what is working in this ever changing environment. If you would like help in working out how and whether you can do this please contact me for a no obligation chat.

Now you are back in the swing of things, the January blues have faded and you are looking forward to your new goals for 2015, it is the perfect time to think about checking that your CRM system is in good shape to help you achieve your targets.

CRM systems need love, care and attention, if you are going to get the best from them and keep them accurate. This is essential to make it easy for all your staff to use, update and understand the data. 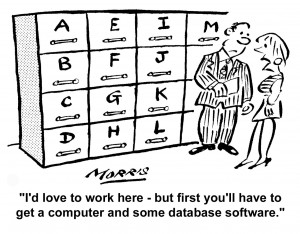 When I visit charities as part of my consultancy work I often find that their CRM systems are organic beasts.  With changes in staff or business processes or sometimes both, over time, what used to be a lean and relevant system with clear procedures has become increasingly a long winded process that doesn’t easily meet the needs of the organisation’s current objectives.